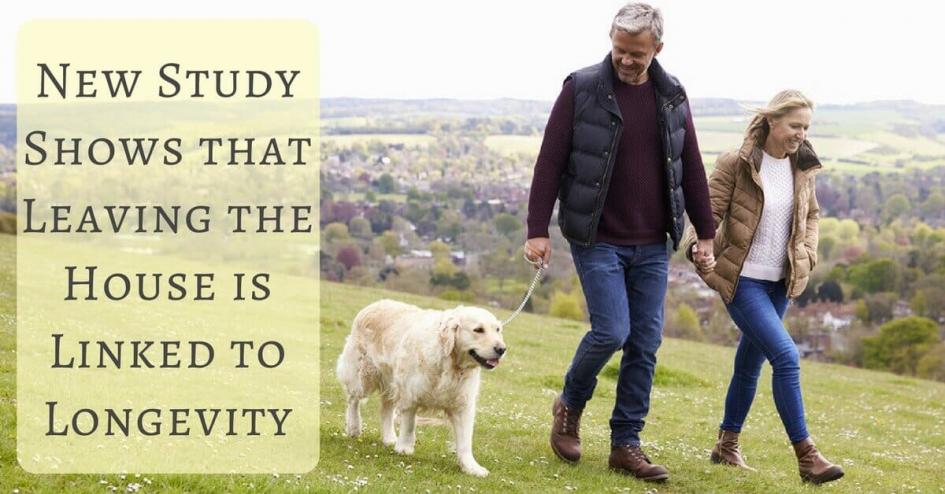 New Study Shows that Leaving the House is Linked to Longevity

Jan 15, 2018
It seems like such an innocuous thing when you look at it on the surface. But the regular act of putting on your shoes and jacket and leaving your home could actually be making you live longer. That’s according to a recent study reported in the Journal of the American Geriatrics Society, which found that getting out the house leads to a longer life, independent of any existing medial or mobility difficulties. Going outside “propels people into engagement with the world,” said lead author Dr. Jeremy Jacobs of Hadassah-Hebrew University Medical Center in Jerusalem. He explained that levels of social interaction had a direct influence on the aging process. Jacobs and his team investigated the results of 3,375 older people at ages 70, 78, 85 and 90 who were taking part in a longitudinal study. After interview them on how regularly they went out, respondents were put into three categories: frequently (six or seven days per week), often (two to five times per week) or rarely (once a week or less).

Those who went out frequently at any of the ages analyzed were altogether more prone to live to the next age bracket. For instance, for the older people who went out frequently, 71% made it to 85. For those who went out often or rarely at age 78, the percentages were 67 percent and 43 percent respectively. Among individuals who went out frequently, often or rarely at age 90, 64 percent, 56 percent and 38 percent, res, made it to 95. Older people who went out as often as possible at any of the ages interviewed were fundamentally more inclined to live to the next age group. Researchers also discovered a gender and class element to the study. People who were less likely to leave the home were disproportionately male, less educated and with financial problems. It becomes a vicious cycle as males who traditionally don’t like to ask for help end up lonelier as a result of their isolation.

The surprising impact of hearing loss

The importance of going outside cannot be overstated. But what if certain conditions restrict your ability to leave the house? Aside from physical mobility issues influencing this (of which much attention has been paid), there is also the less commonly understood detriment to mobility due to hearing loss. A diminished capacity to hear and process sounds might influence the capacity to move comfortably and safety outside the house. Imagine taking a straightforward walk to the local corner shop. You need to react quickly and be aware of traffic and other pedestrians. Situations outside like bumping into an acquaintance, walking the pedestrian crossing or even turning a corner can be difficult for those with hearing loss. If you add this to more common conditions at this age such as reduced vision and joint pain, it is no surprise that older people usually don’t want to wander too far away from their home.

This phenomenon was proven recently in another study by researchers at the University of Jyväskylä and the University of Tampere in Finland. They found that the hard of hearing limited their movements inside their neighborhoods more than those who felt they had great hearing. The recent trend in academic circles is to talk about the concept of social capital. You might remember it being part of former Prime Minister David Cameron’s ‘Big Society’ idea at the start of his first term. But this idea has been around for a while. It refers to the connections that create trust and participation in society. This is especially important for older adults, as health and social capital tend to diminish as they get older. We retire, lose companions and family members to failing health, and might have our children move out of our neighborhood. Participation in hobbies and time in nature also suffer. And there is countless evidence that explains how important these things are to your physical and mental health. Fortunately, hearing aids can help in giving you the confidence to leave the house. You might just add a few more years to your life by doing so. If you believe you have a hearing loss, contact us at House of Hearing for a consultation and hearing test today.
< >