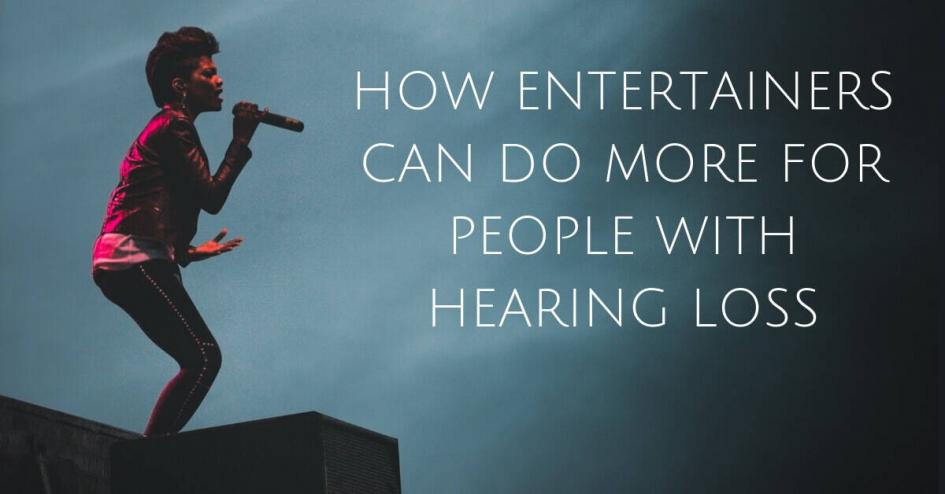 How Entertainers Can Do More for People with Hearing Loss

Sep 17, 2018
Those who find it difficult to hear still want to go out and enjoy entertainment just as much as the next person, whether it be watching the latest blockbuster at the cinema, or catching their favourite singer-songwriter on stage. Watching films on a big screen can be enjoyed by all, but sometimes it isn’t as accessible as we’d like it to be. Likewise, we shouldn’t assume that deaf people aren’t interested in live music. You only need to do searching to find stories that point to the contrary, from deaf rappers to impassioned live musical sign language interpretations at huge festivals. One in six people in the UK are either deaf or hard of hearing, and according to the Action on Hearing Loss charity, it’s high time that they did more to make entertainment accessible to all. Although there has been some great work from larger venues on providing BSL (British Sign Language) for major events, smaller venues leave a lot to be desired. The charity called for more investment in sign language interpreters nationwide. The concerns of those who lack these services can be seen by the case study of Rhyan Berrigan, a civil servant from Llanbradach, near Caerphilly. " if you have a show with a run of 20 nights for example, only one will have an interpreter, so you don't get much choice.” She remarked. She also mentioned that interpreters needed to be better trained to interpret performances in more detail so that the message of the performance isn’t lost. A closer inspection however reveals a more complicated story. There are only 800 registered interpreters for 25,000 sign language users in the UK, according to the charity Signature. The interpreters themselves claim that low pay might be the reason behind such a disparity. All in all, interpreters only make £25,000 a year - less than the average UK salary - after a lengthy training period of up to seven years. So, it’s clear that it is something the government needs to pay close attention to. Action on Hearing Loss are aware of these numbers and want to work with the government on creating a scheme to encourage more training of BSL interpreters to meet demand. Until then however, attention must be paid to what venues themselves can do to improve accessibility.

What Entertainment Venues Can Do

There are plenty of things that venues can do to improve access for the deaf and hard of hearing. Here are just a few of them: Through various media channels they can communicate more clearly and often about how to access deaf/hard of hearing-friendly events, such as subtitles, interpreted films etc. Venues can also communicate what technology they have which might be useful, such as loop systems. For those running a cinema, they can make it clear which screenings have subtitles and which don’t. More subtitled screenings are always welcome, so people have a choice of which time to go to. Many captioned screenings take place at unsociable times and it would be nice if there was a time more amenable to the times people usually go out with their friends. Cinemas can also use subtitles in display TVs which provide important information. For live music venues, inaccessible booking systems are a huge barrier for entry. It can be fixed by providing lots of different ways to book tickets e.g. online, via email, on the phone and face to face. Some deaf people use Next Generation Text Relay services on the phone. Venues would be wise to state that they welcome these calls to make user feel more welcome, and provide training for their staff on how to deal with these types of calls. Live music venues could also improve access to the performance itself. Hearing loops and infrared systems help give those with hearing aids a better experience. A more radical suggestion is to provide live BSL interpretation to a performance, it can lead to electric results! They can also add a viewing platform to provide an equal experience for all. It can be a raised platform, or an area at the front. Whatever venues do to improve accessibility, it would go a long way to helping a large chuck of the population enjoy entertainment. Entertainment which they have as much of a right to access as everyone else. Hearing problems? Contact House of Hearing today for a consultation!
< >