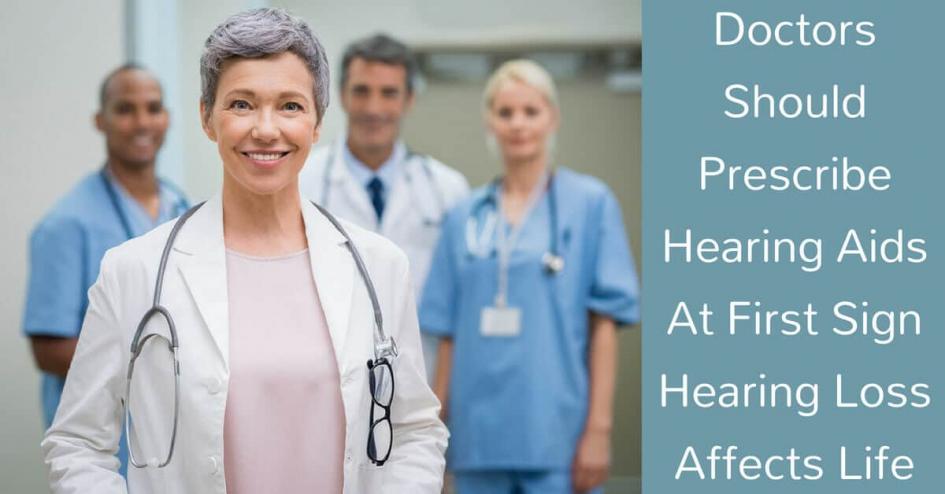 Jul 24, 2018
Hearing loss currently affects 17% of the population of England. It is most common in the elderly and is expected to affect a fifth of the population – by 2035.  With such an exploding health issue, you would think that the government would be devoting as many resources to the problem as possible. Alas, that was not always the case. In 2015, the NHS began rationing hearing aids in the drive to find 22 billion pounds worth of ‘efficiency savings’. This included the North Staffordshire clinical group recommending that those with mild hearing loss not be given hearing aids and providing limited help for moderate hearing loss sufferers. Official guidelines suggested GPs recommend lip reading as an alternative to hearing aids. At the time, what they didn’t see were the problems building up for the future. But now, it looks like they are finally waking up. In an unprecedented step, The National Institute for Health and Care Excellence (NICE) are now advising GPs to prescribe hearing aids at the first sign that hearing loss is negatively affecting someone’s daily life. The official guidelines state that GPs should: “offer hearing aids to adults whose hearing loss affects their ability to communicate and hear, including awareness of warning sounds and the environment, and appreciation of music.” The news was met with joy from hearing loss campaigners around the UK. Referring to the new guidelines, the charity Action on Hearing Loss (who also helped to draft the new guidelines) said that they were ‘a vitally important document which will further strengthen the case for the prevention and management of hearing loss.’ The ruling is significant because of NICE’s reputation as the most authoritative health advisory body in the UK. And where NICE leads, medical boards tend to follow. There is a good chance then that these recommendations will be echoed by local medical boards around the UK. So why is it so important that hearing aids are fitted sooner rather than later? There are three main reasons:

According to a recent study by the American National Institute on Aging, people with hearing loss are more likely to suffer a serious fall. Indeed, those with even mild hearing loss have a history of falling three-times those who hear better, concluded a recent study by John Hopkins University. It is thought that a reduced hearing capacity forces the brain to allocate more resources to hearing, and less resources on those needed for balance. Wearing hearing aids then improves your balance and makes you less likely to suffer a fall, which means you are less likely to require a trip to the A&E department.

The same research establishments also found a link between hearing loss and dementia, that seniors with hearing loss were much more likely to get dementia than those who kept their hearing. This could be because the cognitive load is decreased on those who can hear better, leading to fewer problems thinking and remembering.

3. To stem the negative effects of hearing loss on earnings

Hearing loss can actually affect the contents of your wallet. The more hearing loss someone has, the more money they stand to lose in earnings. But this number comes down to zero for those with mild hearing loss, with the fitting of hearing aids. Parliament might also be interested to know that A UK study found that those with hearing loss were more likely to be unemployed, at a cost of £24billion pounds to the economy every year. But if the government took every possible step to improve hearing around the UK, £30billion would be saved. Experts predict that by 2030 adult-onset hearing loss will be so common it will cost the UK more than diabetes. The NICE guidelines therefore serve as a small investment which will reduce the burden on public finances in the future. Add to this the recent news that more than 4 in 5 people in the UK now get hearing aids within the first two years of noticing their hearing loss, it seems both state and society are finally catching up with the social and economic risks that come with untreated hearing loss. But there still comes the tricky task of implementing these guidelines, and that is where the real test lies.   Visit Us at House of Hearing Are you concerned about your hearing abilities? Schedule a consultation and hearing test with us at House of Hearing today.
< >