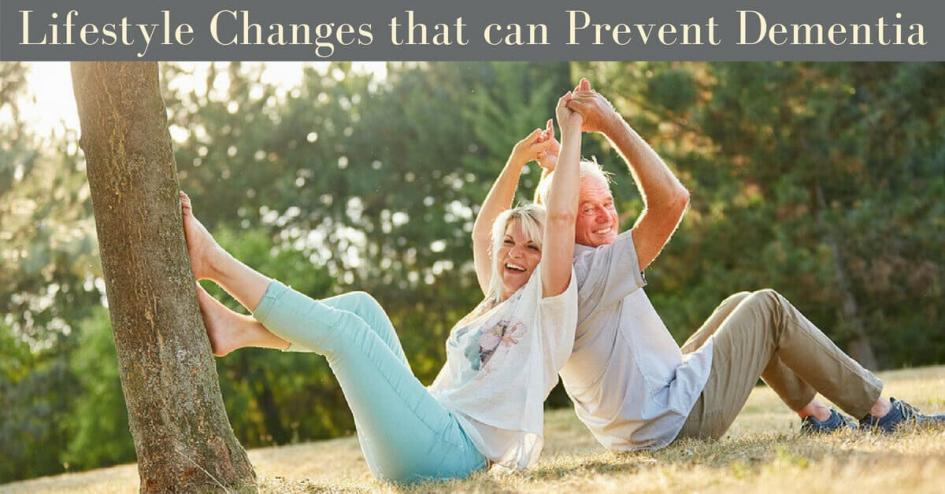 Lifestyle Changes that can Prevent Dementia

Jul 16, 2018
Despite ongoing scientific research, the rate of dementia continues to increase steadily, and it is estimated that by the year 2050, 131 million people around the world could be living with this condition. Currently, there are approximately 47 million with Alzheimer’s or other forms of dementia. While some of the risk factors for dementia--such as genetics--are not preventable, researchers have concluded in a recent study as many as one in three cases of this condition could be prevented if more people took steps to strengthen their brains over the course of their lives. The international study, published in the Lancet, is currently being presented at the Alzheimer's Association International Conference in London. The report highlights nine key risk factors, including smoking, limited education, and hearing loss that occurs in mid-life. The key finding of this research, which draws from the work of 24 international experts, is that lifestyle factors can play a substantial role in increasing or reducing a person’s risk of dementia. The report also looks at the potential benefits of creating a ‘cognitive reserve’, which the researchers describe as strengthening the brain's networks so it can function well in older age, despite damage.

There are certain risk factors for dementia that we have no control over: genetics, family history aging. But the report identifies nine risk factors which we can take active steps to reduce. These potentially modifiable risk factors make up 35 percent of the overall risk, while the other 65 percent is believed to be potentially non-modifiable. Of the nine modifiable factors that cause the risk of dementia to increase, untreated mid-life hearing loss was the most significant. Hearing loss that occurs in mid-life - responsible for 9% of the risk Failing to complete secondary education - 8 % Smoking - 5% Failing to seek early treatment for depression - 4% Physical inactivity - 3% Social isolation - 2% High blood pressure - 2% Obesity - 1% Type 2 diabetes - 1%

An active brain is a healthy brain

One of the key messages of the report was that people with a cognitively rich environment--a very active brain--have a reduced risk of developing dementia. For example, those who failed to complete secondary education were at a higher risk, while those who continued to learn throughout life had better chances of avoiding dementia. Researchers believe that the act of learning helps to strengthen the brain by building additional cognitive reserves. Hearing loss in middle age proved to be another major risk factor, which can cause certain parts of the brain that process sound to become inactive, while other areas of the brain are forced to overcompensate in order to aid in understanding. Hearing loss can also contribute to secondary risk factors for dementia such as isolation and depression. Researchers believe that these factors can be significantly by treatments such as hearing aids.

Though there are still a great number of unknowns when it comes to Alzheimer’s and other forms of dementia, studies like the one carried out by the Lancet team help us to understand the steps we can take to better our chances of good cognitive health in our later years. ‘Although dementia is diagnosed in later life, the brain changes usually begin to develop years before,’ said lead author Professor Gill Livingston, from University College London. ‘Acting now will vastly improve life for people with dementia and their families and, in doing so, will transform the future of society.’ Refraining from smoking, exercising regularly, maintaining a healthy weight, taking steps to treat high blood pressure and diabetes and treating hearing loss with hearing aids can all lower the risk of dementia and safeguard our general health. The research team also believe that diet and alcohol could play an important role in brain health, but did not have enough data to include these factors in their study. The director of research at Alzheimer’s Society, Dr Doug Brown, said: ‘Though it's not inevitable, dementia is currently set to be the 21st Century's biggest killer. We all need to be aware of the risks and start making positive lifestyle changes.’

There is no reason to live with untreated hearing loss. Take the steps to ensure your hearing health and overall health today. Contact us at House of Hearing to schedule a consultation and hearing exam.
< >