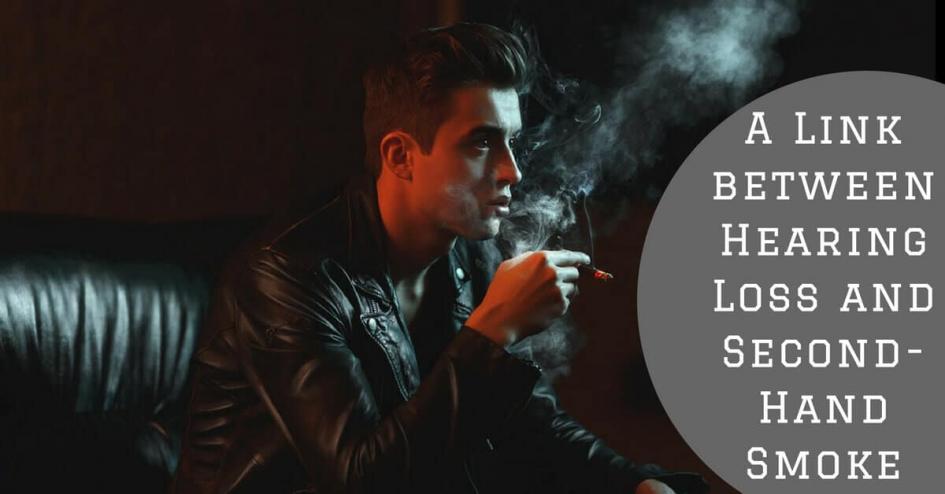 A Link between Hearing Loss and Second-Hand Smoke

Jul 31, 2018
Cigarette smoke is dangerous, sometimes even more so to non-smokers. Second-hand smoke has long been known to pose a hazard to the health of others, particularly children. Infants and children exposed to passive smoke are at an increased risk of respiratory infections, middle ear infections, asthma, bacterial meningitis and cot death. Second-hand smoke is connected to approximately 165,000 new cases of disease among children in the UK every year. These serious and well-documented risks are enough reason for many parents and parents-to-be to give up smoking. And now there is yet another reason: a recent study carried out in Japan has revealed that exposure to secondhand smoke, both in the womb and in the first months of a child’s life, can lead to higher rates of hearing loss.

The study and the findings

A Kyoto University-based research team discovered the important link between passive smoking and paediatric hearing loss. Their study was published last month in the Journal of Paediatric and Perinatal Epidemiology and examined specifically the children’s hearing abilities when they were three years old. As well as testing the children’s hearing with a whispered voice test (a common test for hearing loss in children and adults) the researchers investigated their past exposure to tobacco smoke. The study was made up of 50,734 children, born between 2004 and 2010 in Kobe City in Japan. By age three, 4.6 percent of the children in the study had signs of hearing loss, and a link was found between this loss and their exposure to second-hand smoke. Of the children in the study, 3.8 percent were exposed to smoke only in the womb, 15.2 percent were exposed only by their mother’s prior smoking habits, 3.9 percent were exposed only to secondhand smoke from birth to four months old, and 0.9 percent were exposed to tobacco smoke both during pregnancy and from birth to four months. A significant connection between second-hand smoke exposure and hearing loss was revealed. If a child’s mother was a past smoker (prior to her pregnancy) they had a 26 per cent increased risk of hearing loss, while if the child was exposed to secondhand smoke from birth to age four months, they had a 30 percent increased chance of hearing loss. The largest connection between SHS exposure and hearing loss was found with children whose mothers smoked during pregnancy. These children were 68 per cent more likely to develop hearing loss than other children who were not exposed to tobacco smoke.

The research team noted that the study cannot prove cigarette smoke was directly responsible for the children’s hearing loss. But they cautioned parents to make every effort to prevent second-hand smoke exposure in their children, as this is best way to lower their risk of developing smoke-related hearing loss. Lead study author Dr. Koji Kawakami of Kyoto University had this to say about his team’s findings: “Although public health guidelines already discourage smoking during pregnancy and in front of children, some women still smoke during pregnancy and many young children are exposed to secondhand smoke. This study clearly shows that preventing exposure to tobacco smoke during pregnancy and postnatally may reduce the risk of hearing problems in children.” Dr. Kawakami also stated his belief that stronger interventions are needed to prevent maternal smoking completely, both before and during pregnancy, if children’s exposure to second-hand smoke is to be reduced.

Hearing loss in children should be treated as early as possible

If you feel that you, or your child, may be exhibiting signs of hearing loss, don’t hesitate in making an appointment with us at House of Hearing for a comprehensive hearing evaluation. Our experienced team cares about your family’s hearing health, and we would love to help you find a treatment plan that suits your individual needs.
< >