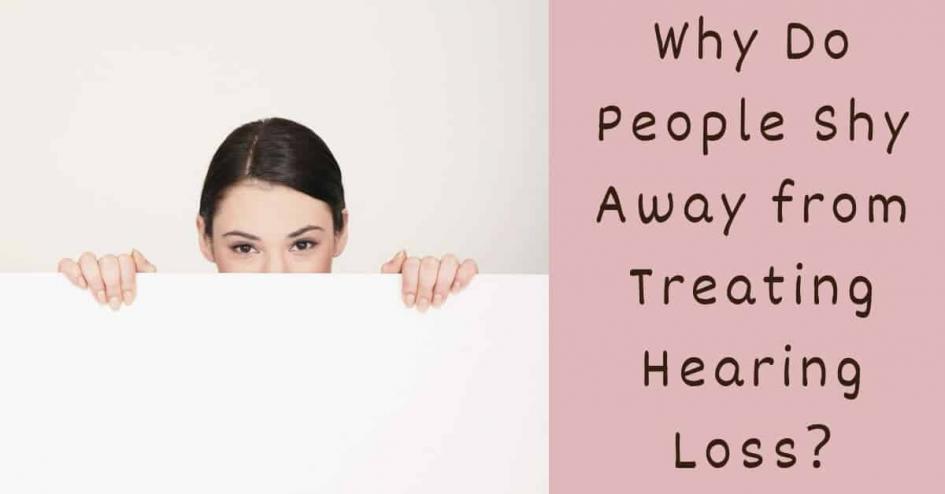 Why Do People Shy Away from Treating Hearing Loss?

There are 11 million people with hearing loss across the UK, and only 40% of those are using a hearing aid. So, what is stopping the other 60% from getting hearing aids? Here are some common reasons people give for delaying treatment.

“There’s nothing really wrong with my hearing.”

Hearing loss takes a while for an individual to notice. The day-to-day difference in hearing is minimal, so it is much more likely to be noticed by a spouse or other family member before the person with the hearing loss. Likewise, those who are convinced that their friends and family are constantly mumbling are more likely to have a hearing problem. Those who argue that they can hear perfectly well but can’t understand the mumbling of others are halfway right. They can hear perfectly well, but they can’t understand. An early indication of hearing loss is mixing up consonants. The first part of your hearing to go is your ability to hear the higher frequencies. This includes consonant sounds such as ‘s’, ‘th’ and ‘sh’.

“Everyone loses some hearing as they get older.”

Many older adults also think it’s normal for hearing to decline as they age. As it happens to everyone then it’s not that bad, surely? Not exactly. Just because it happens to a lot of people doesn’t make it harmless. Untreated hearing loss can lead to a whole host of mental and physical issues if left unaddressed. For instance, the ear plays a crucial role in balance and there is evidence that hearing loss can make people more prone to falls and accidents. “Even mild hearing loss can triple the risk of falling,” according to Dr. Frank Lin, assistant professor of otolaryngology and epidemiology at Johns Hopkins University, who recently completed some research which  came to this conclusion.

“Hearing aids are ugly and big.”

The hearing aids industry is working hard to shake off the image of hearing aids as clunky, crude devices. The stereotype of the giant conspicuous hearing aid may have been true in the past, but the fact is that modern hearing aids are much more sophisticated and sleek than ever before. Many devices fit inside the ear, which means that other people are not able to see them. This is perfect for those times you don’t want your hearing loss to be the subject of conversation in a room. For the fashion-conscious, they also come in various tones which blend in better with an array of skin colours. And many come with the latest features to rival the latest smartphones.

The costs of untreated hearing loss

The longer a person waits before they treat their hearing loss, the higher the risk for a range of emotional, physical and financial costs.  Hearing loss has been linked with dementia, a reduced social life, reduced access to high-quality health care when compared with those with good hearing. Writing in the US newspaper The Washington Post, Janice Neumann saw first-hand the damaging effects of untreated hearing loss, in particular, how it can easily lead to social isolation: “My late mother loved chatting with her friends, doctors and other acquaintances until her hearing waned in her 80s. Then her social circle shrank and she became increasingly isolated, often hearing only parts of what was said.” The hearing loss not only took its toll on her mother’s social life, it also begin to interfere with the quality of her healthcare. Neuman’s mother began having difficulty hearing what doctors were saying and often misunderstood their phone messages. “During hospitalisations, when doctors spoke to her but she could not hear them, she often looked confused and failed to answer simple questions. Sometimes, physicians appeared to dismiss her concerns because of that confusion.”

Time to get a hearing test

The consequences of hearing loss are far-reaching, and the best thing to do is to treat it early, and get checked regularly. That’s why it’s important to get a hearing test. Over two thirds of those with hearing loss try to live with their hearing loss instead of seeking treatment. Why not live against the grain and take action to protect your physical and mental health? Call us at House of Hearing today to book a hearing test, and take charge of your hearing today.