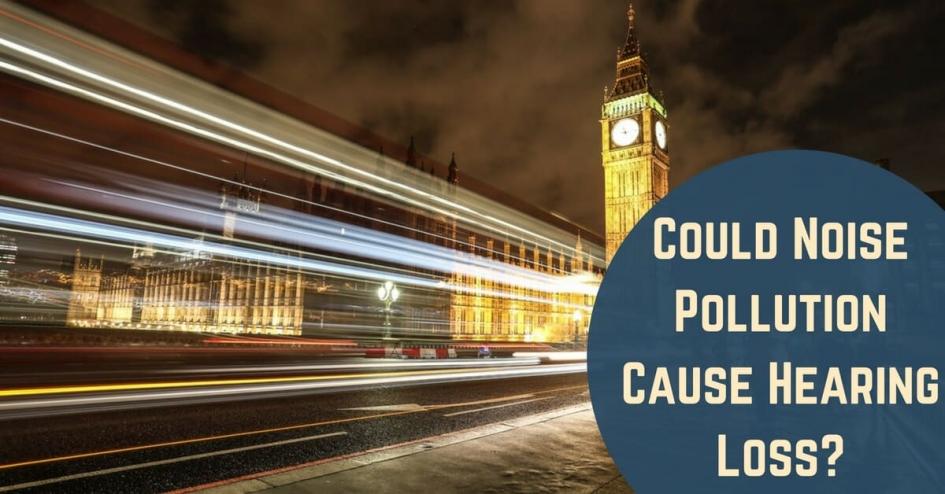 Could Noise Pollution Cause Hearing Loss?

The cacophony of sounds and smells of a cityscape can arouse a range of feelings in particular people. Whether it’s the aroma of a favourite bakery or the sound of a backing up lorry at night, there are certainly pros and cons of living in a city.

One concern that is often overlooked is hearing loss.

Although much has been written about air pollution and the issues it may cause, noise pollution is less of a hot topic, but may also be linked with far-reaching health impacts.

While the hassle of road traffic may be something that bothers you if you live in or are visiting a city, the sounds from heavy traffic, emergency vehicles and motorcycles could be more than just an annoyance.

A recent study from Germany-based Mimi Hearing Technologies involved a large-scale survey of over 200,000 participants. The survey was able to reach so many people through the use of a mobile phone app, which administered a hearing test directly to participants.

The findings from the survey also calculated a 64% positive correlation between noise pollution and hearing loss. The concern is that this may indicate that hearing loss could be a harmful side effect of living or working in a large city.

That said, correlation does not necessarily equal causation. The findings of Mimi Hearing Technologies were deemed preliminary and have not been subjected to peer review.

What you can do to avoid noise exposure

It is important to protect against exposure to noise, which can include simple things like avoiding listening to audio devices at high volumes or for long periods of time, or rolling up your windows in heavy traffic or when an ambulance is passing by.

If you work within a noisy environment, it is worth talking to your employer about steps that can be taken to prevent noise exposure. Even if the levels of noise do not reach statutory minimum requirements for hearing protection, exposure over time can lead to similar issues with hearing loss.

New apps have paved the way for the average person to get involved in the fight against hearing loss.

The NoiseTube app, which was developed by researchers at the Free University of Brussels, allows you to monitor sound decibels throughout the city. This data creates a noise map, and it will even tell you certain ‘rush hour’ times to avoid when it comes to dangerous decibel levels. This data is then used by the city to monitor noise levels and look at where to implement noise-reducing efforts.

As mentioned, Paris was one of the cities found by Mimi Hearing Technologies’ recent survey to have some of the highest levels of noise pollution in the world. The city recently took a novel step to combat this issue with the introduction of a ‘day without cars’ concept. One day a month, the city reduces access for cars, limiting 30% of the city to pedestrian-only streets.

By cutting down on road traffic, the city drastically reduces its levels of noise. In fact, sound levels in the city are estimated to cut in half on the ‘day without cars’!

There are clearly a lot of new innovative technologies that are working to tackle hearing loss and noise pollution. Being aware of your surroundings and taking simple steps to reduce noise exposure are great first steps to caring for your hearing health, but if you want to get more involved, there are many ways to do so, whether it’s through technology or more local efforts!

House of Hearing offers hearing care at five centres in Edinburgh, Galashiels, Perth, Morpeth, and St Andrews. Call us on 0131 220 1220 for more information.