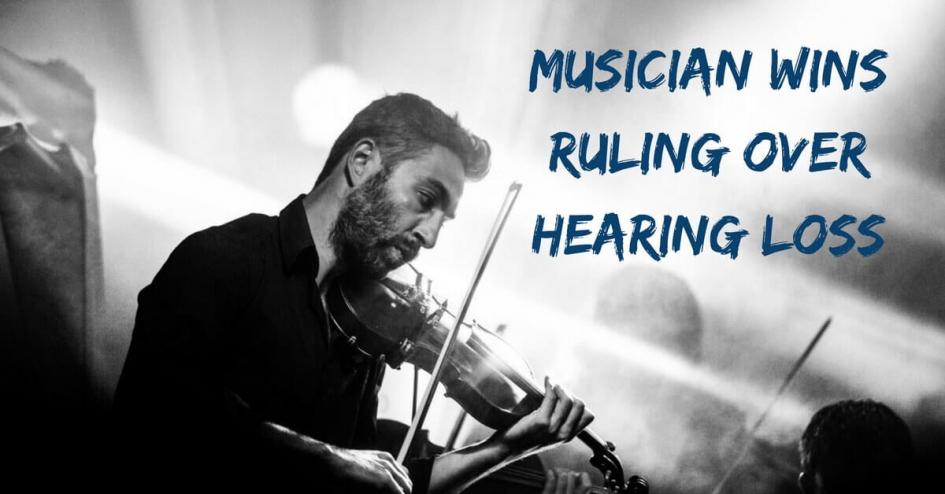 Apr 11, 2018
A leading viola player who says his hearing was irreparably damaged by loud music during rehearsals has won a landmark case against the Royal Opera House. It is the first case of its kind--in which a judge has looked closely at the music industry’s legal obligation to protect musicians’ hearing. The judgement could have a major effect on the music industry as well as musicians’ health and safety.

A life forever altered by one thunderously loud rehearsal

Chris Goldscheider, 45, from Biggleswade, Bedfordshire, says he was exposed to dangerous noise levels on 1st September 2012, while rehearsing Wagner’s Die Walküre (The Valkyrie).  The musician was seated directly in front of the 18-member brass section in the orchestra pit of the Royal Opera House (ROH). During the rehearsal, the volume in the pit exceeded 137 decibels – which is roughly the volume of a jet engine from 100ft away. The viola player told the court that he sustained severe hearing damage, and that he now suffers from Acoustic Shock Disorder, the symptoms of which have forced him to give up his music career and have even made it impossible for him to listen to music.

What is Acoustic Shock Disorder?

Acoustic shock disorder (ASD) is a complex disorder which results from exposure to a traumatic sound. The sound is typically sudden, unexpected and loud, and occurs in close proximity to the ear. The symptoms of ASD are both neurological and psychological and include: ear pain/fullness, tinnitus (ringing in the ears), hyperacusis (normal noises perceived as painfully loud), muffled hearing and vertigo. Patients with acoustic shock have described the disorder as feeling like they have been stabbed or electrocuted in the ear. Psychological side effects such as post-traumatic stress disorder, anxiety, and depression may develop if the physical symptoms of ASD are not treated. Mr. Goldscheider described his symptoms in detail when he spoke to the BBC: "With this condition if you are exposed to normal sounds, unfortunately they become incredibly painful. I suppose the nearest analogy is if you imagine for a normal person to walk on normal ground and then you imagine walking barefoot on glass."

Court will award damages; ROH says it is “surprised and disappointed” by the judgment

Mrs Justice Nicola Davies ruled in Mr. Goldscheider’s favour on the issues of breach of duty and causation of injury, with damages to be assessed at a later date. The lifelong musician’s claim for lost earnings alone is £750,000. He says it has also become difficult for him to carry out simple household tasks such as cooking, without wearing ear defenders. But Mr. Goldscheider told the BBC that the most upsetting thing about his injury was that it had made it impossible for him to listen to his 18-year-old son Ben--one of the UK’s most promising young French horn players--play music. The Royal Opera House expressed its dissatisfaction with the judgment, saying it was "surprised and disappointed”. The ROH argued that ‘acoustic shock’ is not a real condition, and that Mr. Goldscheider’s symptoms appeared because he had developed Meniere’s disease, a condition which causes similar symptoms, during the Wagner rehearsals. The ROH also expressed their belief that a balance needed to be found between preserving the artistic integrity of the music while making efforts to reduce the risk of hearing damage that was an inevitable side-effect of playing long-term in an orchestra. Mrs Justice Davies did not agree, and ruled that "the reliance upon artistic value implies that statutory health and safety requirements must cede to the needs and wishes of the artistic output of the Opera company, its managers and conductors. She said that, "Such a stance is unacceptable. Musicians are entitled to the protection of the law, as is any other worker." Goldscheider’s solicitor, Chris Fry, said the acoustic shock had forced his client’s shining music career to an abrupt end. The viola player, who started playing the instrument at the age of five, and studied music in Prague and the UK, had performed on stage with Kylie Minogue and live with the Three Tenors in front of 100,000 people in Barcelona. “This is the first time that the court has explored the music industry’s legal obligations towards the hearing of musicians, and the first time that acoustic shock has been recognised as a compensatable condition by the court,” Fry wrote in a blog reporting the ruling. Mr Goldscheider could not continue to play in the ROH as a result of his injuries, and left in July 2014. He hopes the judge’s ruling will help to prevent any more musicians being injured in the future.

The first step is to take a hearing test. Make an appointment at one of our House of Hearing locations, and our staff will be able to provide comprehensive hearing tests and, if necessary, hearing aid fittings.
< >