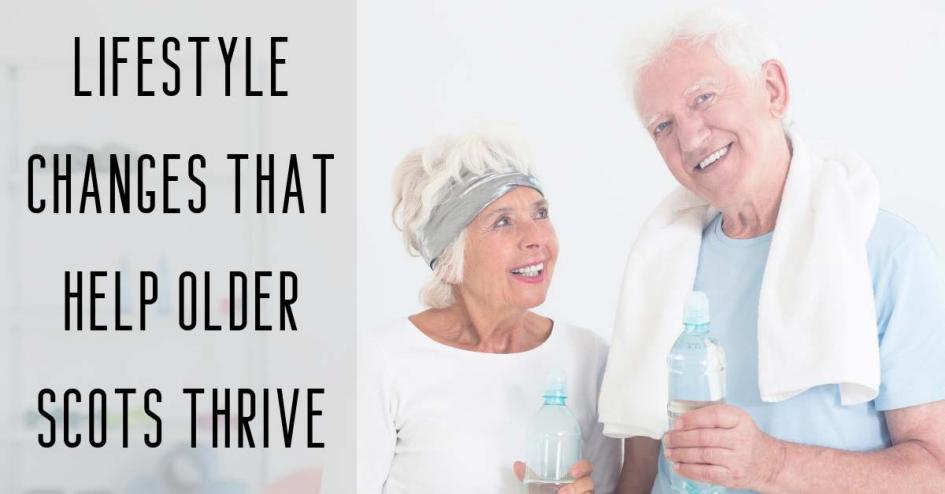 According to recent findings by the Office for National Statistics, we are living longer, but not necessarily more healthily. Sure, our life expectancy has increased, but those extra years have usually been spent in poor health. How can we reach retirement and continue to thrive, well into our later years? Here are five ways you can stay mentally young and live a longer and happier life.

You knew this one was coming, so we may as well get it out of the way. Eating healthily doesn’t mean depriving yourself of all your favourite foods. But it does mean basing your meals around vegetables, fruits, whole grains, pulses, oily fish, low fat chicken and healthy fats such as olive oil. This kind of diet can protect you against cardiovascular diseases, cancer, Parkinson’s, and even Alzheimer’s disease.

You’ve worked hard all your life and deserve some rest. But be careful not to be too sedentary. By keeping yourself active, you can lower your risk of heart disease, diabetes and arthritis. And it doesn’t mean you have to run a weekly marathon, either. By even walking briskly for at least 30 minutes a day, you are more likely to stay mobile and keep your cognitive abilities honed. It can also reduce your risk of depression by releasing more serotonin. The NHS recommends “at least 150 minutes of moderate aerobic activity such as cycling or walking every week and strength exercises on 2 or more days a week that work all the major muscles (legs, hips, back, abdomen, chest, shoulders and arms)”. But really anything that will keep you active will bring benefits.

Loneliness is deadly. No matter how many friends you have, or whether you live with other people, those who report feeling lonely are more likely to succumb to dementia or depression. It begins to affect physical capacities too, making it more difficult for older people to perform basic tasks like taking a shower and climbing the stairs at home. Lonely people also suffer from higher levels of stress which can lead to changes in the body that make it more susceptible to arthritis and diabetes. It can be difficult to form new connections with people as we reach our later years. That is why it is vital we maintain the connections our existing friends, as well as family members. We can also find ways of meeting new people by joining interest-based clubs or volunteering in the local community.

Scientists believed for years that the brain became less flexible as it aged, making it more difficult to ‘teach an old dog new tricks’ as it were. But a new study by researchers from the US-based Brown University questions this received wisdom. The results of their study showed that older people were able to learn a task just as quickly as younger participants. We should therefore not be scared to pick up new things even in our later years. Try picking up a new hobby or skill. Maybe you’ve always wanted to learn Chinese, how to play chess, or a musical instrument. It really is true that you are never too old to start something new.

5. Get your hearing tested

According to the charity Action on Hearing Loss, about 71% of those over 70 have some degree of hearing loss, but surprisingly, only 40% of people who would benefit from hearing aids are actually wearing them. This shows that many older Scots could benefit from treating their hearing. Hearing aids can help you stay socially and physically active by helping you communicate with others in a variety of environments. They also help break down the barriers to learning new skills. Moreover, long-term use of hearing aids has been linked to decreases in depression, anxiety and social isolation, making you more likely to maintain a positive mind-set. For those with hearing loss, they are the perfect complement to the tips mentioned above. We have years of experience giving hearing tests and changing people’s lives by helping them hear better. If you’re wondering if you may have hearing loss, book an appointment with us at House of Hearing today.