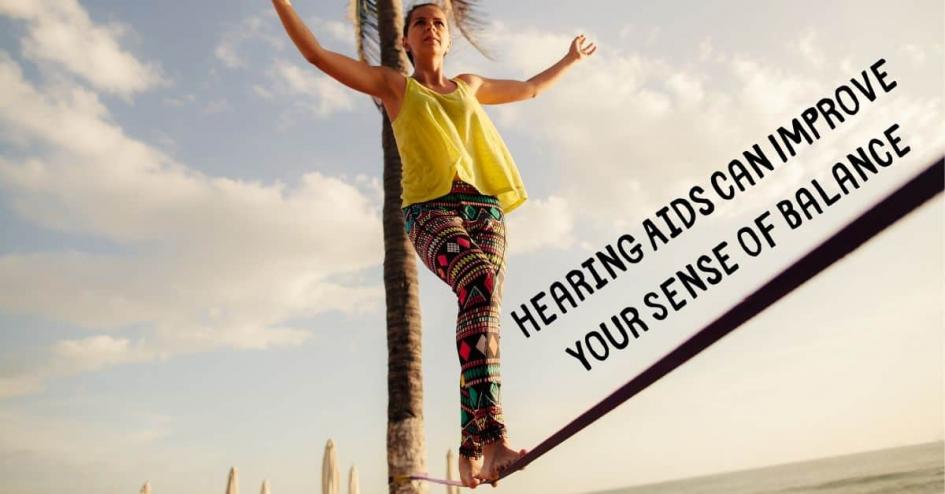 Hearing Aids Can Improve Your Sense of Balance

We already know that hearing loss could put you on the path to dementia, depression, stress and anxiety. But did you know it could also make you less stable on your feet? There has been research that has come out recently about the benefits of hearing aids and the perils of untreated hearing loss which have focused on the subject of balance. The takeaway is this: you may want to begin wearing hearing aids if you suffer from a hearing loss and have found that your balance has been poor recently.

How we maintain balance

We are able to balance ourselves through a team effort involving the inner ear, eyes, muscles, joints and the brain. These are locked in a persistent back-and-forth of position detection, feedback and changes to our movement. The inner ear is a key part of this system of balance. While one section of the internal ear helps you hear, another section, called the vestibular system, sends data about what position the head is in to the cerebellum, the part of the brain that controls movement. The vestibular system has two sections which both help us stay balanced:

As you can see, balance relies on a very complex system with interactions between many moving parts. When one of these parts is compromised (such as when you lose you hearing), then balance can suffer.

The idea that wearing hearing aids can improve your balance has been put forward by American researchers at the Washington University School of Medicine in St. Louis in the United States. Their study, published in The Laryngoscope investigated the balance of people with hearing loss aged 65 to 91. The test had participants close their eyes and stand with their feet together on a thick foam pad. They were then required to try and maintain their balance for as long as possible. Another test had people with eyes closed standing on the floor with one foot in front of the other, heel-to-toe. The researchers discovered that on both tests, when patients wore hearing aids in both ears, their performance on standard balance tests was higher than when they we’re merely relying on existing hearing.

Although hearing and stability systems are physically close in our heads, the link between them needs more research. The authors concede that they don't fully understand why individuals with hearing aids improve their positional stability, but that doesn't refute the results, which show that those who use hearing aids can improve their balance significantly. And senior author of the study Timothy E. Hullar argues that the hearing aids help create spatial awareness through sound: “The participants appeared to be using the sound information coming through their hearing aids as auditory reference points or landmarks to help maintain balance.” His results show that sound is the most important factor in maintaining balance, as opposed to the inner ear’s balance system.

As hearing aids have been shown in the previous study to improve balance, another study shows that individuals aged 40 to 69 with at least a mild hearing loss are nearly three times higher risk of falling. Indeed, every additional 10-decibels of hearing loss raised chances of falling by one and a half. American researchers at Johns Hopkins Medicine School in the United States discovered this by analysing data from the National Health and Nutrition Examination Survey, a US government programme which has compiled health statistics from thousands of Americans since 1971. In the three years the researchers analysed, 2,017 participants ages 40 to 69 revealed their hearing test results and answered questions about the number of times they had experienced a fall in the past year. For older adults in particular, this information about the potential consequences of untreated hearing loss on falls shows that treating hearing loss could be the key to improved safety in old age.

Have you been unsteady on your feet recently? It might be because of a hearing loss. Schedule hearing test with House of Hearing today!