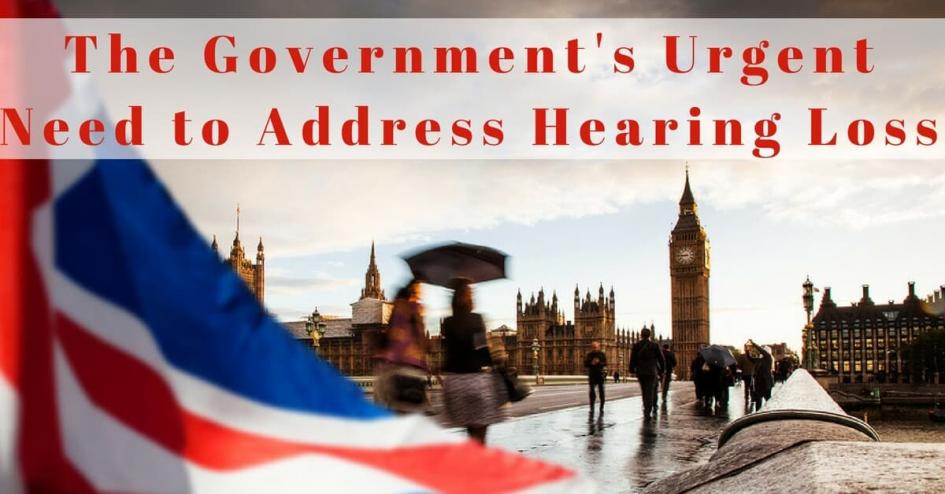 Rather than declining, the statistics on Brits affected by hearing loss just keep climbing. A survey published recently reports that 13% of the English population have some degree of hearing loss. It’s a national epidemic that shows no signs of slowing as age-related hearing loss continues to account for most cases of irreversible hearing loss in the UK. Quite the contrary, as now the Baby Boomers, a robust demographic, are our ageing population.

One of the more pressing aspects of this rampant public health concern is the extreme delay in diagnosis. Breaking away from the habits of previous years, the annual health survey published in 2015 differentiated between actual hearing loss versus perceived hearing loss. Twenty-five percent of men and a large component of women over the age of 55 reported that they hear well, when they actually suffer from hearing loss. Through further analysation, it was found that it can take up to a decade to realise that intervention is necessary once hearing loss begins to make its appearance.

Experts routinely advise that early intervention is a key component of maintaining a good quality of life with hearing loss. The recognition and treatment of hearing loss as soon as possible means that communication and connection with loved ones is less likely to be interrupted. If left untreated, conversation breakdown and effortful communication can result in people with hearing loss turning to isolating behaviours as a result of increased stress. It’s only human nature that when a behaviour becomes trying we tend to avoid it more and more.

Avoidance is for the birds

But ignoring hearing loss and our communications with others leads to even more problems. When people with hearing loss become isolated, there tends to be a corresponding rise in cases of depression. This may also have to do with the declining levels of confidence also reported by those with difficulty hearing.

And moreover, our brains play a part in the way that we hear. The auditory nerve begins in the inner ear and carries sound information directly to the brain. When this nerve isn’t stimulated with data, it begins to deteriorate. Over time, we quite literally lose our ability to process sound bit by bit.

Hearing aids are your best mate

When an audiologist advises that hearing aids or other hearing devices are an option, it’s in your best interest to investigate further. The less of a delay between when hearing begins to show signs of deterioration and the time treatment is sought, the less your auditory system will be compromised. In many cases, seeking treatment early on even slows age-related hearing loss, which is an ongoing degenerative condition.

As the hearing-impaired population surges, there comes with it a sure demand for increased resources. Despite the near constant peddling of ‘stay young’ schemes, our ageing population will only continue to get older. In fact, hearing problems rise dramatically in the elderly. Among Britons over 85, hearing loss affects 83% of people.

But while the causes for public attention increase, the money doesn’t follow. Less than 1% of medical research funding in this country is spent on hearing loss. That’s just slightly more than a pound coin per person affected. Other disabilities receive quite a bit more funding.  £11.35 was spent on sight loss per affected person and those with cardiovascular conditions received about almost twenty quid of research funding.

If the government chooses not to intervene for humanitarian purposes, it should raise some eyebrows the way this public health concern impacts the bottom line. Increasing the level of funding and resources allocated to the hearing loss epidemic impacts the national economy.

In 2013, there was a loss of more than £24 billion in the UK economy because people with hearing loss were unable to work. At a time of economic uncertainty, is this a loss we can really afford to ignore?

We have the technology

We accept hearing loss as part and parcel of ageing. And it is a completely normal process. One day, we’ll all be like your old gran who needs a little extra conversation help at the holiday table. However, as auditory technologies become more sophisticated and widely available, it is only fair that NHS is properly equipped to dole out these resources to affected citizens. We’ve taken brilliant steps in the last ten years to address other ageing concerns, like dementia, while hearing loss seems to remain largely ignored.

The government must act now to initiate and implement systems that respond to the growing need for hearing loss intervention. Our ageing population continues to swell and a little foresight will prevent us from an uncontrollable hearing loss epidemic in the next two decades.

House of Hearing offers hearing care at five centres in Edinburgh, Galashiels, Morpeth, Perth, and St Andrews. Call us on 0131 220 1220 for more information.