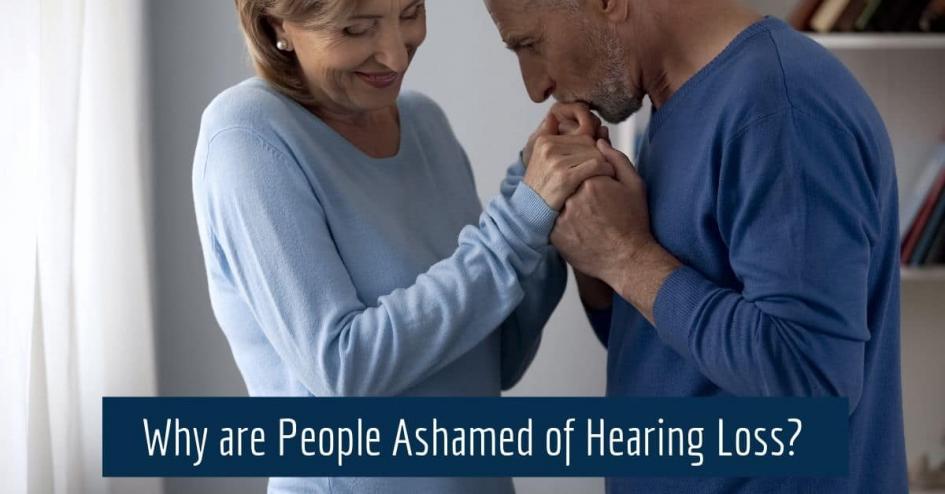 Why are People Ashamed of Hearing Loss?

"A 1983 article in The New York Times noted the then-president Ronald Reagan had just been fitted for a hearing aid. â€œAmong Presidential advisers,â€ the paper wrote, â€œMr. Reaganâ€™s use of a hearing aid revived speculation on whether his age would be an issue if he seeks re-election next year.â€ Decades on, this stigma about hearing loss still remains.

A stigma about hearing loss

A recent study looked at stigma and hearing loss and how it can affect the decision of an individual to wear hearing aids. It was conducted by The Gentrologist, a US academic journal focusing on issues of ageing. Researchers there discovered that people expressed concern about being seen as old, demonstrating that this worry of being seen as aging is still widespread. Itâ€™s understandable why this stereotype has endured the passing of time. After all,Â 71% of people who are hearing impaired in the UK are over 70 years of age. But the demographics of hearing loss areÂ changing rapidly. The World Health Organization predicts thatÂ approximately 1.1 billion teenagers and young adults are at risk of hearing loss due to the unsafe use of smartphones, as well as time spend in loud bars and clubs.

A stigma about hearing aids

Our societyâ€™s antiquated ideas on how hearing aids are supposed to look alsoÂ contribute to a stigma over hearing aid technology. When thinking of the devices, many people think of the hearing aids of their grandparents. Technology back then was so rudimentary, the devices often lookedÂ big and bulky,Â and they sometimes let off high-pitched squeals. However, today's hearing aids are not only quieter and more powerful, they are also smaller andÂ more discreet. It could be argued that the major symptoms of hearing loss â€” including asking for repeated things or inappropriate responses to misunderstood conversations â€” are a much more obvious sign of the condition than wearingÂ any of today'sÂ hearing aids.

A difficult, but necessary decision

People with hearing loss face a very real distress and anxiety over their condition. They might lament their difficulties in connecting and communicating with others. This, in turn, can cause isolation and depression, making it difficult for people to seek help as well. This is especially acute for those who have spent their whole life priding themselves on their independence. In order to overcome the perceived stigma of hearing loss and hearing aids, itâ€™s important to know that youâ€™re not alone. In fact, around 40% of people over 50 in the UK have some form of hearing loss. It might also help to think of the things you are missing out on. Maybe youâ€™ve been avoiding seeing certain family members, or indulging in your favourite hobbies as a result of your hearing impairment.

From a medical point of view, it is essential to overcome a fear of getting treatment. You see, untreated hearing loss never gets better â€” it will inevitablyÂ get worse. The power to process sound in the brainÂ continues to weaken the longer your hearing loss continues untreated. Maintaining the neural pathway stimulated by the use of a hearing aid is critical to keepÂ the hearingÂ abilityÂ you still have with you. In the UK, 6.7 million could potentially benefit fromÂ hearing aidsÂ but only about 2 million people are currently using them. Too many people take too much time between first noticing and acting on hearing loss. The earlier you take action, the brighterÂ your hearing future will be.

Whether you're new to hearing loss or have suffered fromÂ the condition for years, we can help you select the best treatmentÂ for your individual needs. We understand that first-time wearers can take a while toÂ get used to hearing aids, and our experienced team knows how to help yourÂ quickly adapt to your devices. As Scotlandâ€™s premier independent dispenser of hearing instruments, we will be able to spend more time with you and offer more alternatives, including access to a wider range of technology from various manufacturers and a wider selection of hearing aid styles than you would get on the NHS.Â Book an appointment with us today!"