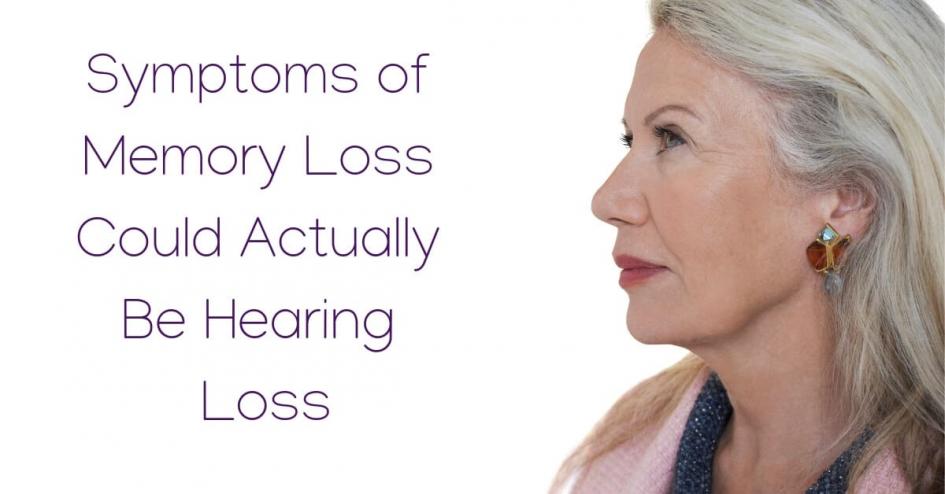 Symptoms of Memory Loss Could Actually Be Hearing Loss

Those who are showing signs of memory loss could in fact have a hearing problem, and this memory loss could be the start of Alzheimer’s disease, according to a recent Canadian study. Alzheimer's disease is the most common type of dementia in the UK. The risk of Alzheimer's disease and other types of dementia rises with age. It afflicts about 1 in 14 people over the age of 65 and 1 in every 6 people over the age of 80. Alzheimer's Research UK mentions memory loss as one of the most common signs of Alzheimer’s disease (the most common form of dementia). This is commonly shown as an inability to remember recently learned information. Other signs include forgetting important dates or events, asking for information to be repeated several times, and having to rely on technology or other family members to do things they were previously able to do by themselves.

Conducted at Baycrest Research Center and Hospital in Toronto, Canada, the study looked at results from a group of 20 individuals who were engaged in an assessment of their neuropsychological state. Following the evaluation, the group were each given a hearing test. The results, published in the Canadian Journal on Aging, found that 56% of the participants had a form of hearing loss, but of this group, only 20% were using hearing aids. The researchers drew two possible conclusions from the results. One is that the memory loss some people display might not be a memory issue at all, but a hearing one. "Sometimes addressing hearing loss may mitigate or fix what looks like a memory issue. An individual isn't going to remember something said to them if they didn't hear it properly." remarked Dr. Susan Vandermorris, one of the study's authors and a clinical neuropsychologist at Baycrest.

A link between hearing loss and dementia

If we take the memory loss at face value, then following on from what we know about it, the researchers suggest a link between hearing loss and Alzheimer’s disease. The researchers recommend that if older adults are worried that they or someone they know is displaying early signs of Alzheimer’s disease, they should think consider a hearing screening. "Some people may be reluctant to address hearing loss, but they need to be aware that hearing health is brain health and help is available," Dr. Susan Vandermorris remarks. Marilyn Reed, a fellow author on the study and practice advisor with Baycrest's audiology department, agrees: "Since hearing loss has been identified as a leading, potentially modifiable risk factor for dementia, treating it may be one way people can reduce the risk." Other research released last year for World Hearing Day also points to a link between hearing loss and dementia. Written by Professor Helene Amieva in France, the study examined 3,777 participants aged over 65 for up to 25 years. Just over a third had reported hearing loss. The results of the study showed an increase in dementia risk for those who had hearing loss, compared to those without. About 9 million people in the UK have hearing loss, which translates to about 19% of the population. The likelihood of hearing loss increases the older you are, with one third of the population aged between 60-70 years and three quarters of the population aged over seventy years having some form of hearing loss. Although the reasons for the link between hearing loss and dementia demand further research, Marilyn Reed offers a possible explanation for the link: "People who can't hear well have difficulty communicating and tend to withdraw from social activities as a way of coping. This can lead to isolation and loneliness, which can impact cognitive, physical and mental health." The study investigators also suggest that the cognitive load of decoding sounds unable to be heard by the ears might be too much of a strain for the brains of those with hearing loss, leaving them more susceptible to dementia.

What you can do

Hearing loss, as well as dementia, develops very slowly and the effects are usually irreversible once they occur. The gradual nature of hearing loss makes it difficult to know when exactly we need to get professional help. This makes it very important to have annual professional hearing check-ups.

Schedule a comprehensive hearing exam with House of Hearing

If you have noticed any irregularities with your hearing, a thorough exam is the first step towards answers. At House of Hearing, you can expect professional treatment and caring, expert advice on how best to treat your hearing loss and preserve your overall health, now and in the future. Make your appointment today.