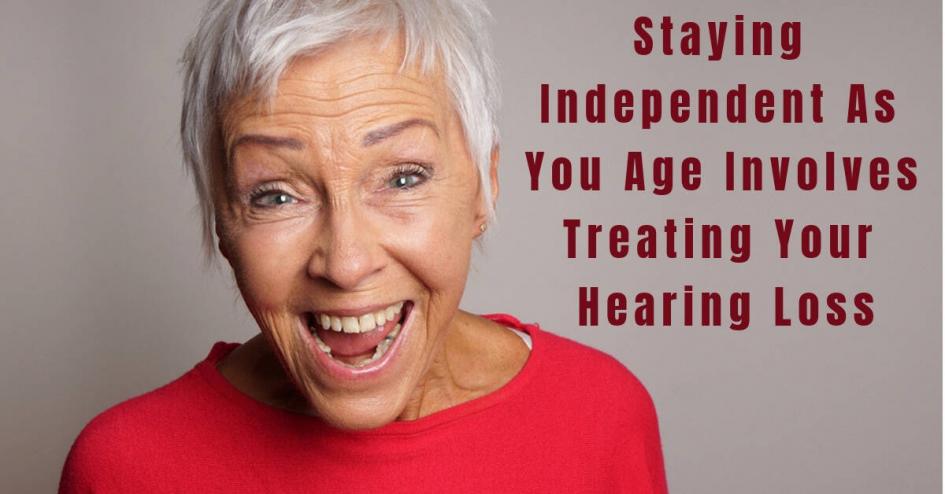 Staying Independent As You Age Involves Treating Your Hearing Loss

As we reach a certain point in our life, we get to rest after a job well done. The kids are all safety tucked away at university, we might have made changes to our working life to allow a better balance between work and play, or we might be recently retired and finally have the time to do the things we have always wanted to do. As we gain this time back, it is vitally important that we maintain our health to be able to enjoy life to the fullest. But if you have hearing loss, it could be a blow to this new-found time off. According to a recent study by Professor Helene Amieva, people with untreated hearing loss are more likely to be dependent on others in their day-to-day lives. This is part of a package of research presented to EU lawmakers in Brussels early last year. Luckily for us, there is a silver lining. Amieva also found that those with hearing loss who use hearing aids have the same ability to stay independent as those with normal hearing. How do they do this?

One of the biggest limitations to an independent life is feeling like you aren’t able to go anywhere because you are concerned for your physical safety. Cities can be fast moving places, and it’s no surprise that people get into accidents all the time while out and about. Hearing aids can help in this respect. Recent studies have shown that they reduce the risk of falling in people 65 and older. This might be due to an increase in balance. A study by The Washington University School of Medicine found that the way you perceive sound can be important in maintaining your stability and keeping on your feet. They tested the balance of people who needed hearing aids, once before they wore their hearing aids and once after they had them in. Stability improved once the subjects were wearing their hearing devices. Many modern hearing aids also come with technology that aids spatial awareness, helping you locate sounds that might be dangerous. You’ll never again be fearful that a car might be speeding around the corner, or that there is a bus approaching that you haven’t been able to hear.

Being able to hear and communicate with others is how we connect with the people around us. When someone loses the ability to hear, it’s common to feel more socially isolated. This can lead to a withdrawal from society, family and friends. Relationships with loved ones are strained. True independence doesn’t involve staying at home, refraining from meeting friends and family and shying away from social contact. It means having the freedom to go anywhere in the world, explore your city, meet new people and experience sounds and sights that you never had the time or money to enjoy before. Independence can even mean something as small as agreeing to meet your friend for an impromptu coffee. With hearing aids, you can be more open and spontaneous. All of a sudden, the outside world doesn’t seem like such a scary place.

Hearing aids could reduce your chances of cognitive decline

It’s hard to be independent if our brains aren’t in order. Cognitive decline becomes more prevalent the older people get. Common signs include loss of short-term memory, confusion and poor motor coordination. Some even say that cognitive decline is a precursor to dementia. Fortunately, there have been some studies which suggest that using hearing aids can dramatically reduce cognitive decline. A team at Manchester University recently ran a study that found hearing aids reduced the risk of cognitive decline by a whopping 75 percent! The surest way of maintaining your independence is to be proactive with your hearing. Get yourself tested and fitted with hearing aids if you need them. Many people see the need to get hearing aids as a sign that they are “over the hill” and thus avoid getting them until it becomes a major health concern. But the truth is that, far from being a sign of infirmity, hearing aids could be your key to a more independent life.

Contact House of Hearing to take charge of your hearing health

If you’re ready to take the first step in treating your hearing loss and gaining greater independence, make an appointment with House of Hearing today. We offer comprehensive hearing exams and a full range of audiological services. The best years of your life are still ahead, so don’t delay!