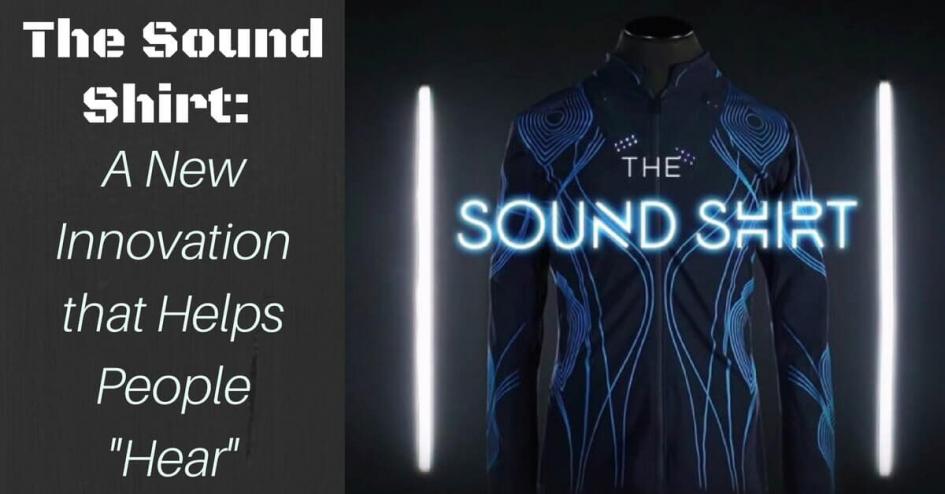 The Sound Shirt: A New Innovation that Helps People "Hear"

There are some people who claim to see sound as color. But now a company has made a shirt that allows people to ‘feel’ music. Of course, music has always been felt – anyone who has stood next to the speaker during a dubstep concert can attest to this! But now it is being taken to an even deeper level with the Sound shirt. Believing that everyone has the right to experience music, London-based tech-fashion pioneers CuteCircuit have partnered up with the Junge symphoniker Hamburg orchestra to developed a piece of wearable sound technology. The product of six months of work, the garment allows deaf people to feel classical music concert performances. This is the latest invention from CuteCircuit and is a variation of its ‘hug shirt’, which was called one of the best inventions of the year by Time magazine. The company has also crafted wearable technology for artists like Katy Perry. The sound shirt is the latest iteration of 100 prototypes of tech-shirts over the last decade. Looking like a flashy high-tech swimsuit from the future, the shirt allows deaf people to feel a concert through vibrations. A recent promotional video, which came out for the product, showed that the deaf members of the classical music concert clearly felt each note as it was being played. Their expression becomes more joyful with each song. This tactile full immersion in music is something that truly allows live music to be finally shared by everyone.

First microphones are place all over the stage to pick up various instruments. The software embedded in the Sound Shirt is able to translate 8 different sounds, including the bass, cello, horn, and percussion instruments. These sounds are picked up by the microphones on stage and transmitted into data, which is in turn sent remotely to the shirt. The shirt contains 16 micro-actuators, which vibrate exactly to the feel of the music, in real-time. Different parts of the orchestra can be felt on different areas of the body. Bass sounds like cello and double bass are felt in the lower regions of the shirt and higher register instruments like the brass section are felt on the upper back:  “The deeper, heavier bass notes [activate the actuators] down in lower parts of torso, and the lighter sections, like violin and lighter notes, further up on the body, around the neck area and clavicle. As they’re watching the orchestra, they can see certain areas are more active than others; they feel sound waves in specific areas of the body, and within a few minutes understand there is a correlation.” - CuteCircuit CEO Ryan Gentz The entire composition playing out in front of the user comes to life as a language composed of a series of tactile sensations across the torso neck and back of the person experiencing the music.

Although it was only launched last year initial impressions from its target audience are extremely positive. Users note that the violins can be felt on the arms and the drums on the back, which result in a fully immersive feeling. The feeling of experiencing the same amazing music with hundreds of other people is now within reach for the deaf and hard of hearing. The lucky few who have tested it also remark on how comfortable the garment is as it is made from soft stretch fabric and doesn’t come encumbered with a labyrinth of wires like you would expect from a shirt which receives data and turns it into vibrations.

Although the initial prototypes of the Cute circuit’s shirts were purchased by museums, telecom firms, research labs and now, orchestras, the company sees great potential in using wearable technology to augment our senses. There are already vibrating controllers in the gaming world and the sound shirt could be a welcome addition to this trend. CEO Ryan Gentz also has several other orchestras who are making enquiries about the sound shirt. It seems that demand for this technology is increasing among the entire classical music world. However, a potentially more widespread future use of the shirt was suggested in the promotional video, which comes with the product. Following the end of watching a stirring classical music performance, the wearer jokes “Next, lets listen to AC/DC!”   For all of your hearing health needs, visit House of Hearing at one of our locations.
< >