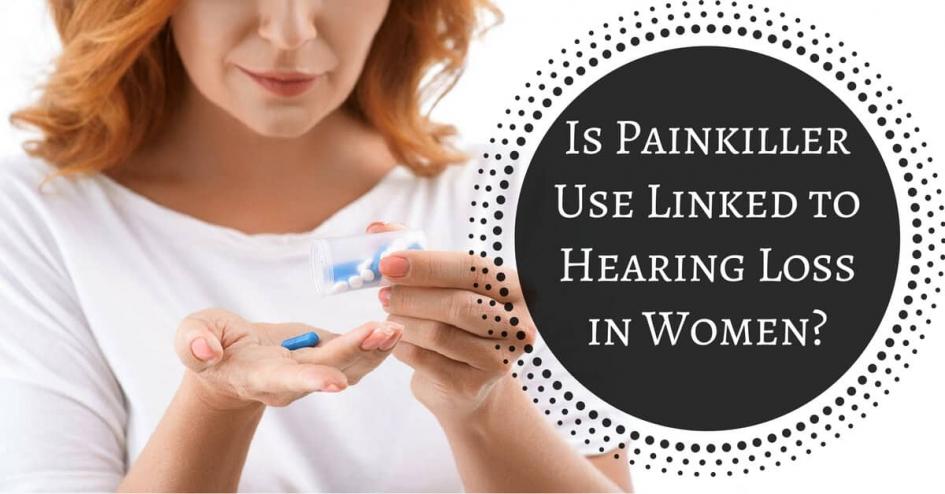 Is Painkiller Use Linked to Hearing Loss in Women?

Is Painkiller Use Linked to Hearing Loss in Women?

The Daily Mail recently reported that 1 in 20 women risked hearing loss as a result of regular painkiller use. The article states that taking two pills of ibuprofen or paracetamol a week can cause permanent hearing loss. It sounds startling, but is it really a cause for alarm?

What is the article based on?

The article drew its conclusions from the ongoing Nurses’ Health Study (NHS1), funded by the US National Institutes of Health. The study looks at the long-term effects of painkiller use in a group of women, and started in 1976 when the women were aged 44 to 69.

Recently, a group of researchers have examined the project’s results for links between painkiller use and hearing loss. Of the 55,850 women in the study, 33% reported some degree of hearing loss. This was the first time the study had been performed with women, though a previous study with men showed similar findings.

Does the study show that painkillers cause hearing loss?

However, hearing loss can be caused by many different factors. The study did not fully take into account other factors that might have caused the women’s hearing loss, such as exposure to loud noise (noise-induced hearing loss), illnesses, age and injuries. The degree of hearing loss experienced by the women was also not medically tested. As a result, the study cannot firmly prove the connection between these painkillers and hearing loss, but it can suggest a link between the two.

How could paracetamol and ibuprofen affect hearing loss?

The researchers suggest that NSAIDs could restrict blood flow to the cochlea (inner ear), which can cause damage to the cells and hairs that transmit sound to the brain. Paracetamol is believed to deplete important antioxidants in the cochlea, which usually protect it from damage. These risks are still to be confirmed by further testing.

Painkillers such as paracetamol, aspirin and ibuprofen are commonly used to treat minor aches and pains such as headaches, toothaches, flu and menstrual cramps. These drugs can be bought over-the-counter, which means they have been tested and are considered safe for general use. However, it’s important to remember that these drugs can always have side effects.

Certain medications can harmful to hearing health. These kinds of pharmaceuticals are known as ototoxic drugs, and include many life-saving medications, including some antibiotics and cancer chemotherapy treatments. In these cases, the benefits and side effects have to be weighed up. Painkillers can also be ototoxic in large doses or through prolonged use.

Taking high doses of aspirin is known to cause temporary tinnitus and hearing loss. The effects usually stop when aspirin use is stopped. Ibuprofen, in high doses, has also been shown to cause temporary tinnitus. Meanwhile, it is well-known that high doses of paracetamol and ibuprofen can cause damage to the kidneys. People with kidney problems are at higher risk of developing ototoxicity from medications. Another risk is combining medications – when a person takes two different ototoxic medications at the same time, the risk of hearing loss is higher.

Taking a painkiller now and then does not harm your hearing health. However, long term use can have serious effects and scientists are still investigating these. You should only take painkillers when needed, and never take more than the recommended dose. If you experience a health condition that requires you to use painkillers or other ototoxic drugs regularly, you should speak to your GP and find out if other options are available. Always consult your GP if you are starting, stopping or changing medications.

What happens if I think I have hearing loss?

If you’ve noticed a recent change in your hearing, you should get a hearing test done as soon as possible. A test can evaluate your hearing, and help uncover the underlying problems. Our hearing specialists will be happy to discuss your concerns and help find a solution that suits you. Get in touch with us today by giving us a call on 0131 220 1220 or by simply popping in to one of our centres.