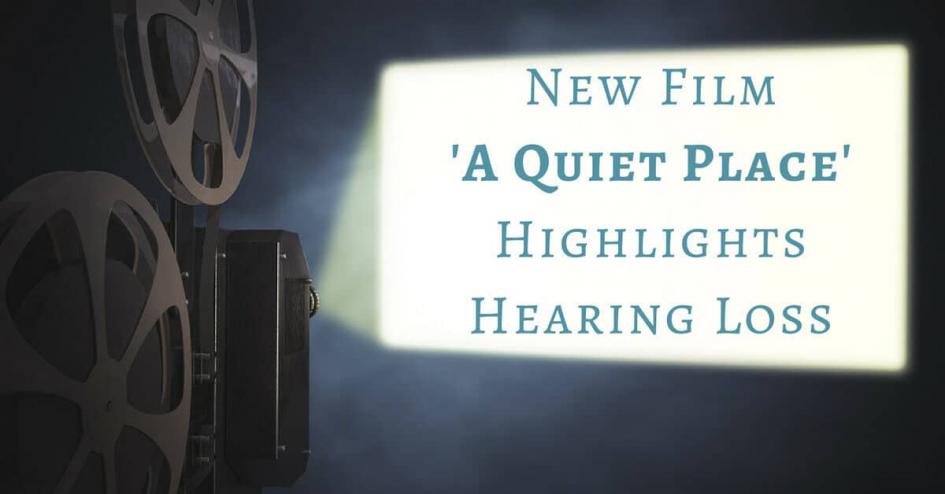 Jun 03, 2018
Imagine a world where stepping on a creaky floorboard or playing with a noisy children’s toy is enough to put you in immediate, mortal danger. This is the terrifying world of “A Quiet Place”, a horror film set in the not too distant future where the only way to stay alive is to stay silent. The film is more than just horror, though; it is also a meditation on family dynamics, loss, survival and the parental urge to protect one’s children at any cost. The film centers on one small family unit, and they are the only (human) characters of the film. In this particular family, one person is deaf while everyone else in the family is hearing. And while that character often sees her deafness as a burden to her family, in the end it is what saves them.

The film is set in the months immediately following a devastating alien invasion that has wiped out much of America’s population. An early, tragic scene reveals the cost of making too much noise in this eerily quiet new landscape: terrifying creatures hunt and kill those who make a sound above a whisper. The tagline for the film is “Silence is survival”. As viewers, we watch the family move through their days as quietly as possible, communicating in sign language, walking on sand, and eating with their hands instead of utensils. The parents in the film, played by John Krasinski--who is also the director--and Emily Blunt, make a compelling couple and manage to express love, fear, hope, anxiety and parental protectiveness without verbal language. The children are talented as well--Noah Jupe plays younger brother Marcus, and Millicent Simmonds, who is deaf in real life, plays the conflicted, strong and willful older sister Regan, who is deaf. Many facets of Regan’s deafness become central to the story, from the fact that her family knows and is able to rely on sign language because of her, to her heroic turn in the final moments of the film, when she uses her cochlear implant to create a high-pitched feedback noise that proves to be the aliens’ only weakness.

This film highlights various aspects of deaf culture, including sign language, family dynamics where one person is deaf, hearing technology, and living in a world with limited sound. The movie also shifts between different soundscapes or “pockets of sound” depending on who is in the scene, effectively allowing viewers to go “between the ears” of every character--including Regan. The narrative of the film brings to the forefront the challenges that Deaf people face, as well as the advantages of deafness and the importance of sign language within the Deaf community and their families. Regan’s deafness helps to keep her family safe, but it has other effects on her life as well. It can be a danger to her when she can’t hear noise that might attract monsters, and it is a source of conflict between the teenager and her overprotective father, who continuously tries to improve her hearing with a cochlear implant. Regan is a very complex, well-rounded character, and while her deafness is an essential part of her, it is also only one part of her, as the film illustrates so well.

In the treacherous world of the film, quiet communication is essential to survival, and viewers can assume that the family is still alive because of their daughter’s deafness and the family’s ability to sign. The characters’ use of sign language adds to the tension of suspenseful moments throughout the film (and there are many), as well as the sense of peace when things are calm. Signing, along with gestures and emotive facial expressions, brings the family’s story to life without the breaking the remarkable spell of silence that the film creates. John Krasinski described Ms. Simmonds as a “guide through what it’s like to experience the world without hearing it”, which helped him make the film more realistic. Millicent helped to teach her fellow cast members how to communicate through ASL, with the help of an ASL advisor and an interpreter. When the actors use sign language on screen, it’s a nuanced representation of sign language and its ability to express layers of complex emotion. Regarding the use of sign language in the film, Ms. Simmonds commented, “I think for this story it was important to show Reagan's deafness as an advantage for this family. For me personally, I think it was important to show a hearing family that all signed with their deaf family member because many families that have deaf kids never learn the language. I think it's important to show that it's ok to learn ASL.”

At House of Hearing, we provide hearing health care for the entire family, from hearing tests to hearing aid fittings. Visit us at one of our centres today for a consultation.
< >