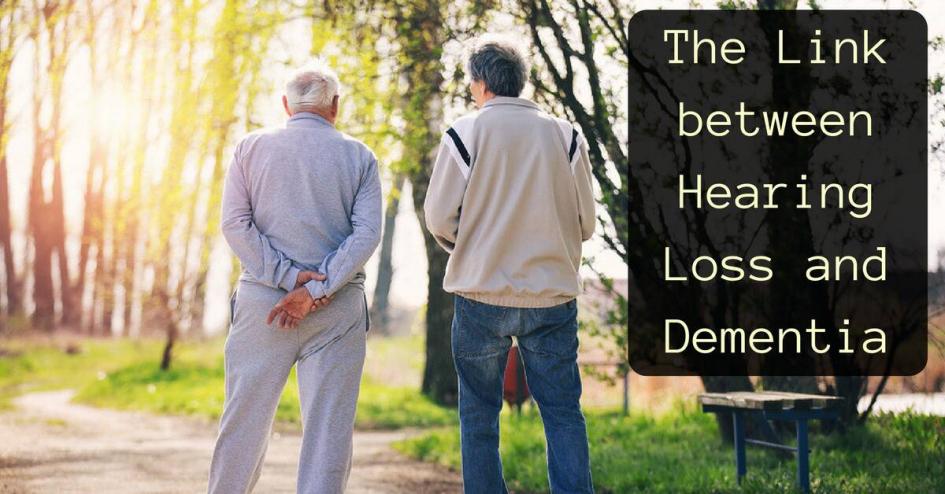 The Link between Hearing Loss and Dementia

It is well accepted amongst hearing instrument specialists that hearing loss is connected with a variety of issues ranging from depression, social anxiety and reduced productivity in the workplace. But did you know that hearing loss also may be linked with dementia?

How hearing loss and dementia may be linked

A recent study by John Hopkins University and the National Institute on Aging, both located in the US, have suggested that seniors with hearing loss are “significantly more likely” to develop dementia over time than those who do not experience hearing loss.

The actual cause of the link is still unknown, but researchers believe that there may be a common, underlying pathology that is similar to both conditions. Alternatively, it may be that the strain of experiencing hearing loss, and the mental fatigue that can result, may lead to a vulnerability for dementia, as the exhaustion from decoding sounds over several years can overwhelm the brain.

Finally, social isolation is a known risk factor for dementia as well as hearing loss, so this is another commonality that may have some causative links.

A step further: hearing aids as a way to fight dementia?

The link between hearing loss and dementia may go even further: one physician believes that access to hearing aids may even help combat dementia itself. At the 2016 annual meeting of the American Association for the Advancement of Science (AAAS) in Washington, DC, physician Frank Lin described his research to colleagues.

Lin estimated that approximately 36% of a risk relating to dementia is attributable to hearing loss; however, he was quick to remind attendees that this estimate required testing. The prevalence of hearing loss doubles with each decade of life, Lin stated, but it has been ‘largely ignored’ by the scientific community. When this is compared with dementia which, when onset in late life, is multifactorial, it is very surprising that hearing loss and its links with dementia have not been studied in detail.

Lin is ‘asking how can our peripheral functions, namely hearing, affect our central functions -- our brain’. Lin continued, ‘Unfortunately this question is completely unknown. The trial has never been done’. He is planning to change this by creating the first clinical study into whether the use of hearing devices could actually prevent or mitigate brain decline relating to dementia. It will involve 60 people, although Lin hopes to acquire further funding to expand his research.

The Johns Hopkins study mentioned earlier was in fact headed by Lin himself. Specifically, this study suggested that hearing loss is linked to a 30-40% greater risk in cognitive decline than those without hearing loss.

The theory is that the effort required to translate sounds when hearing is impaired can precipitate changes in brain structure, alongside certain areas of the brain that may become atrophied. This combination can have ‘cascading effects on brain structure and then brain function’.

In addition, brain scans published in 2014 showed diminished gray matter in those who have experienced hearing loss for more than six years. The particular area which appeared to be affected was related to semantic memory and spoken language. This area also appears to be affected for those with early Alzheimer's.

How hearing aids can help

Thankfully, Lin’s preliminary research has suggested that treating hearing loss through the use of hearing aids may assist in precluding this type of cognitive decline or, at the very least, the overwhelming effects that untreated hearing loss can have on a person.

Nevertheless, adult hearing loss is often considered an ‘unseen disability’, according to Sue Archibold, chief executive of the charity Ear Foundation. Despite its links with depression, isolation and unemployment, many people with hearing loss consider it to be an issue that is largely ignored. That said, more funding towards research such as that conducted by Frank Lin will likely help to propel the issue into the mainstream.

Considering the correlative links to issues such as dementia, as well as depression, social exclusion and anxiety, there is no reason to delay treating hearing loss through the use of hearing instruments.

If you think or know that you are experiencing hearing loss, please contact one of our team members. We are on hand to answer any questions you may have and can provide you with a hearing consultation or a fitting for your hearing aids.

House of Hearing offers hearing care at five centres in Edinburgh, Galashiels, Perth, Morpeth, and St Andrews. Call us on 0131 220 1220 for more information.