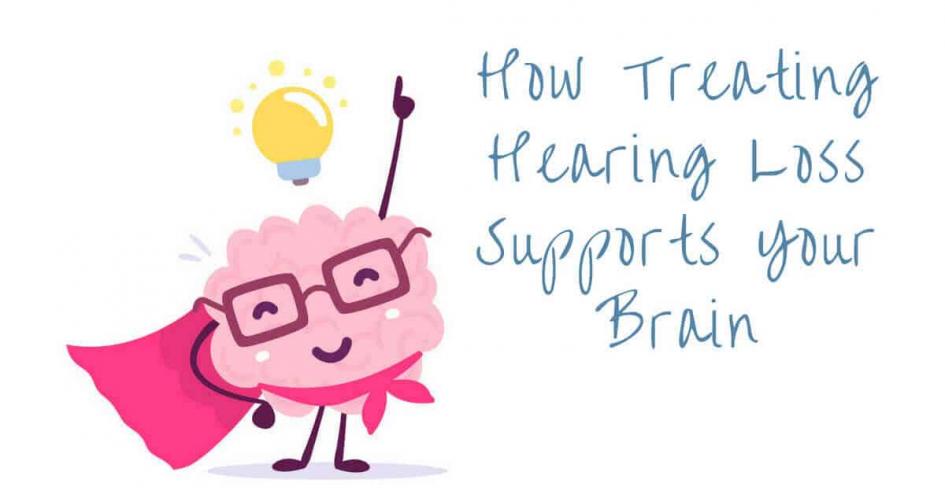 Jun 24, 2018
A third of people aged 65-74 have some degree of hearing loss. The number rises with the next age bracket, half of those aged 75 or above. Hearing loss is already a significant issue for the older population, and new research that links hearing loss with brain cognition raises the importance even further.

The University of Colorado recently ran a study which analysed the connection between neuroplasticity and hearing loss. A recent discovery in neuroscience, Neuroplasticity is when the brain forms new connections throughout its lifetime. Hearing loss has a detrimental effect on the areas of the brain that normally process hearing. If someone has hearing loss, they are not using those sections of the brain for hearing. And when certain sections of the brain are not being used, they either atrophy or get ‘reassigned’ to other functions like vision or touch. This is called ‘cross-modal cortical reorganization’. The body is trying to make up for its shortcomings in hearing by improving the processing speed of its other senses. While this might lead to a marginal improvement in your other senses, its bad news for your hearing. When the brain accepts your hearing loss, your ability to process sound gets reduced and you will find it much more difficult to understand speech. Your brain gets weaker. Eventually the areas of your brain that is responsible for the more rigorous, high-level thinking are reassigned to help you hear better, which means they have fewer resources to devote to their normal role. The cognitive load increases and makes it easier for those in their later years to feel mentally overloaded. This is a breakthrough in research on hearing loss and the brain, but the team are not sitting on their laurels. “Our goal is to develop user-friendly EEG technologies, to allow clinicians to easily ‘image’ the brains of individual patients with hearing loss to determine whether and to what degree their brains have become reorganized,” said Sharma. “In this way, the blueprint of brain reorganization can guide clinical intervention for patients with hearing loss.”

Cross-modal cortical reorganization after hearing loss could also be the reason why we are seeing more reports of the link between hearing loss and dementia. A recent study by the National Institute of Aging claims that older adults with hearing loss were more likely to develop dementia than those whose hearing was unaffected. The key finding is that the risk increases with the severity of hearing loss. The worse your hearing is, the higher the risk. If you have severe hearing loss, that’s a five-times increase in dementia risk.

Treatments and their effects

Although this research is leading to some potential cures for hearing loss, Prevention will always be better. Even though the brain is only starting to experience the effects of hearing loss, reorganization happens early. It would be best therefore for older adults to conduct regular screening of their hearing so that they can take appropriate action to prevent those long-term cognitive issues as they get older. However, for those already with hearing loss, appropriate action is likely to involve the use of hearing aids. These can have a positive effect on the brain, according to recent research by the University of Texas. Jamie Desjardins, PhD, an assistant professor has found that they improve hearing functioning in people with hearing loss. To come to this conclusion, she looked at a group of people in their 50s and 60s with hearing loss but had never used hearing aids. They were given brain tasks to test their memory, attention and processing speeds. Participants registered a significant improvement in cognitive function once the hearing aids were used. This was not surprising to Desjardins. “Think about somebody who has hearing loss and is still working and they’re not wearing hearing aids. They are spending so much of their brain power just trying to focus on listening. They may not be able to perform their job as well.” she remarked. This is great news for people who in their later years and have hearing loss. But did you know that less than 25 percent of people who need hearing aids end up getting them? And that the average time that a person waits to get hearing aids is seven years? That is a significant amount of time that can be used to prevent cognitive decline.   To schedule a consultation, contact us at House of Hearing today.
< >