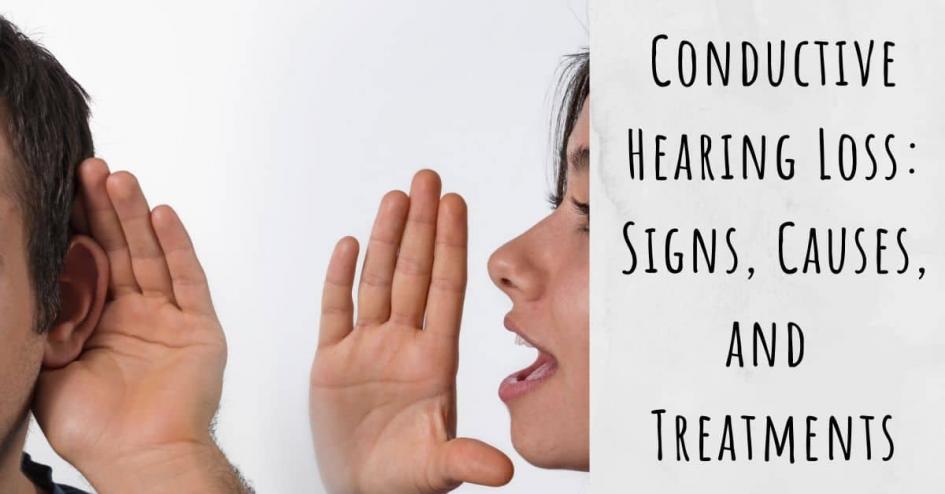 Conductive hearing loss, or CHL, is widely considered by professionals and audiologists to be the most common form of hearing loss. It is estimated that nearly 15% of adults age 18 and older suffer from a loss of their hearing to some degree, that is about 1.2 billion people worldwide! Simply put, CHL occurs because sound is not able to reach the middle ear and inner ear due to blockages in the ear canal or somewhere else in the middle ear. Often times, these blockages are foreign objects, but sometimes the blockages can be organic in form. Large ear wax formations are common organic blockages, as are damaged anatomical structures of the outer ear, middle ear, or canal of the ear due to genetics or trauma.

As with any health-related issue, specifically those concerning the inner workings of the ear, the symptoms can vary from person to person. Symptoms are also dependent on the actual cause of CHL, whether from trauma, genetics, illness, or some other cause. Common symptoms include:

Often times in terms of CHL, the causes and symptoms can go hand-in-hand, as is the case with Cholesteatoma and Otosclerosis. In general, causes of CHL fall into one of two categories; CHL from the exterior ear structures, or CHL associated with middle ear structures. Abnormal earwax build-up/production, swimmer’s ear, a foreign body lodged in the ear, bony lesions, and defects in the external ear canal (aural atresia)are all considered exterior ear structure CHL. Middle ear infections, fluid infections, eardrum collapse, hole in the eardrum, Cholesteatoma, Otosclerosis, and damage to the middle ear bones are all generally considered to be CHL problems associated with the middle ear. Many of these causes are self-explanatory, below some of the more complex ones are explained in more detail.

Some types of CHL can be corrected almost entirely with the use of hearing aids, though this depends entirely upon the damage already done to the inner ear as well as the cause of the damage. The Corti organ in the cochlea, is a sensitive element of the inner ear, and it is often referred to as the body's microphone due to its resonating and amplifying attributes. If this Corti organ is functioning properly despite CHL, then hearing aids can help transmit sounds effectively and 90%-100% hearing may be restored through the use of hearing aids. Other types of CHL however must be treated medically or surgically, though there is unfortunately never any guarantee that procedures can fully reverse the effects of CHL. As such, hearing aids are often a benefit even to those who undergo treatments or surgeries. The first step in treating hearing loss is to schedule an appointment with us at House of Hearing for a hearing test. Once we have run hearing tests, we will go over the results with you and explain to you the severity of your loss of hearing as well as what your options are for dealing with this CHL. Untreated hearing loss can worsen over time, especially in the elderly or if you are constantly exposed to high decibel noises or abnormally pressurized environments. Hearing health is among the most important concerns in maintaining quality of life, especially as age increases as the inner workings of the ear can affect balance and also help stave off dementia if functioning properly. Maintaining hearing health and avoiding untreated hearing loss should be paramount for all of us.

If you’ve noticed changes in your hearing and struggle with communication, contact us today. We provide comprehensive hearing health services and we’re here to help!