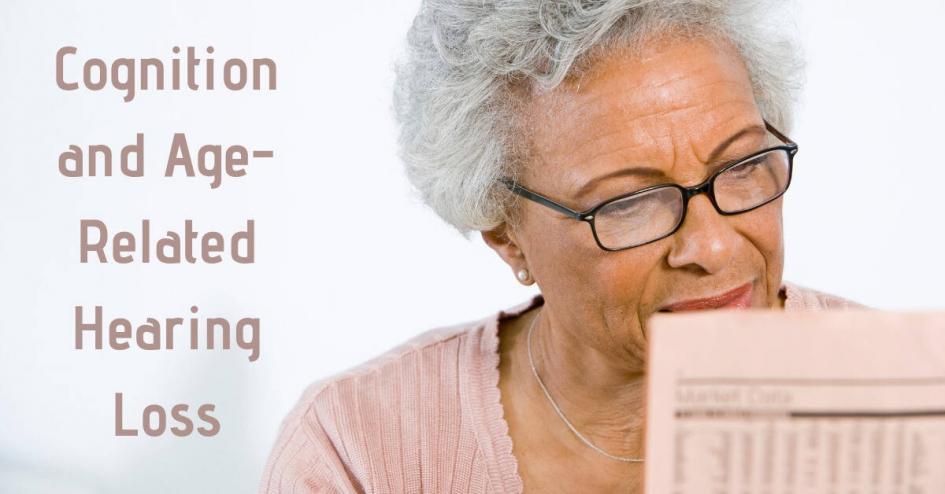 Hearing loss negatively affects the health of the brain as it ages--but why? A number of studies carried out around the world have revealed a link between hearing loss and an increased risk of cognitive decline, but none have been able to definitively point to the factor that connects the two. There are theories, including the fact that listening with hearing loss places a greater burden on the brain, making it less resistant to the wear of aging. But a recent cohort study of elderly people with hearing loss in the UK suggests another cause may be to blame: social isolation. In this study, the negative association between hearing loss and cognition was only observed in those with untreated hearing loss, leading the researchers to the conclusion that social isolation is a major mediating factor. The research team also believe there is a positive takeaway from these results--hearing loss-related cognitive decline is probably preventable by early hearing rehabilitation and routine screening of those 50 years or older.

Up until this point, very few studies (none in the UK) have examined the link between age-related hearing impairment (ARHI) and cognitive decline in large groups of community-dwelling people. The aim of the study was exploring this link in depth using a cohort of elderly individuals, looking closely at social isolation as a potential explanation for the noted association between hearing loss and cognitive impairment. For the purpose the study, the researchers looked at a cross-sectional analysis of wave 7 of the English Longitudinal Study of Ageing (ELSA), consisting of men and women 50 years or older and living in the United Kingdom in a community setting. Individuals with a diagnosis of dementia, Alzheimer disease, or Parkinson disease or with ear infections and cochlear implants were not included. The data used was from August 1, 2017, through May 25, 2018. The research team examined executive function and memory scores in those with varying degrees of hearing loss and those without this condition. The results showed that those with hearing loss had reduced cognition scores, but the association was only seen in those who did not use hearing aids. Individuals with hearing loss who treated their loss with hearing aids did not appear to have an increased risk for cognitive decline. In their paper, the authors of the study strongly concluded that untreated hearing loss drives the association, and social isolation is the key mediating factor. They recommend expanding hearing loss screening and early intervention in those 50 years of age or older.

The benefits of treating your hearing loss

This cohort study, and others like it, suggest that treating hearing loss with hearing aids may minimize the risk of cognitive decline. A U.S. study by the Lancet Commission on Dementia Prevention, Intervention and Care found that up to 35 percent of dementia could be prevented due to modifiable risk factors, and the greatest of those is hearing loss, at 9 percent. And a 2017 article, published in the U.S. magazine Frontiers in Aging Neuroscience, described two studies that revealed people wearing hearing aids showed improved cognitive performance on a series of tests. The article stated that hearing aids, when prescribed in the early stages of age-related hearing loss, can delay cognitive side effects. This noted positive effect of hearing aids on cognition may be due to the fact that these devices make it much easier to engage with others socially. Hearing aids improve confidence by facilitating communication between the hard of hearing and their family, friends, coworkers and neighbors, preventing social isolation and the depression that often accompanies it.

Start treating your hearing loss with House of Hearing

Though it may not be clear exactly why untreated hearing loss has a negative effect on cognitive health, a connection between the two has been firmly established. This is yet another reason why it is imperative to begin treating your hearing loss as soon as symptoms appear. If you have noticed any recent changes in your hearing, the first step is making an appointment with House of Hearing for a thorough hearing evaluation. If the results show that you could benefit from hearing aids, our expert team will work with you to select the best devices for your level of hearing loss, lifestyle and budget. Get in touch today.